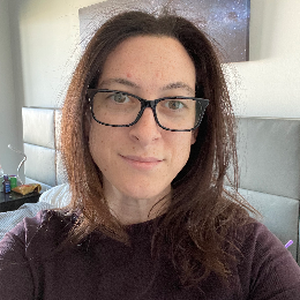 Dedicated journalist with more than 15 years experience in newsrooms and the digital space. 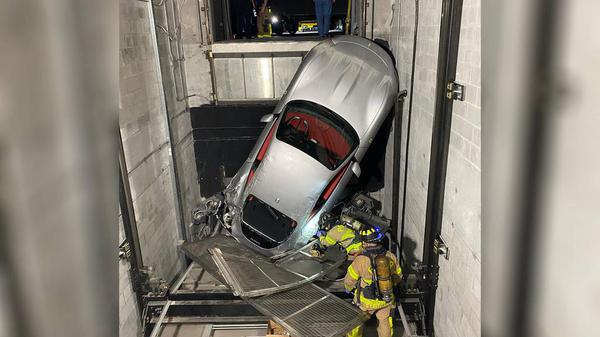 PALM BEACH COUNTY, Fla. — Fire crews and a towing company worked together to remove a car that was left hanging in an elevator shaft after a malfunction at a South Florida car dealership. Palm Beach County Fire Rescue was initially called to Ferrari of Palm Beach for a reported structure fire, WPTV reported. However, when crews arrived, they found a car hanging upside down in an elevator shaft instead of a fire. PBCFR said in a Facebook post that crews had to resolve a fuel leak by setting up 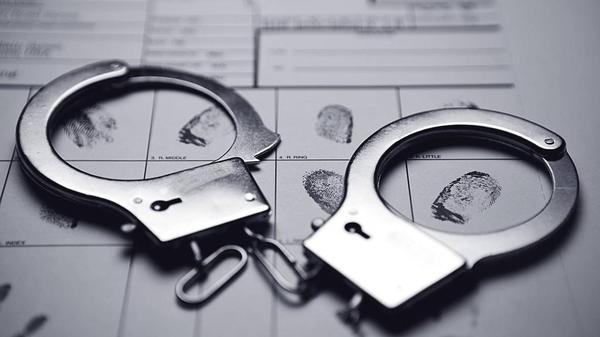 HARVEY, Ill. — The food service director of a school district outside of Chicago is facing charges after investigators said she stole more than a million dollars’ worth of food from the district. Vera Liddell was the food service director for Harvey School District 152 for more than 10 years and was charged with theft and operating a criminal enterprise, the Chicago Sun-Times reported. Liddell was tasked with placing food orders with Gordon Food Services, a main supplier for the district. Pros 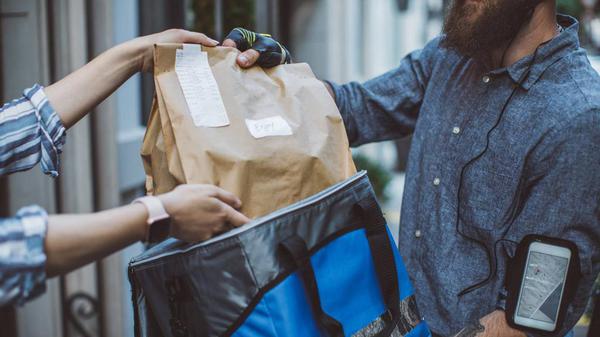 CHESTERFIELD TOWNSHIP, Mich. — A young boy in Michigan managed to place several delivery orders using his father’s phone, resulting in $1,000 in food deliveries. Keith Stonehouse told MLive.com that his 6-year-old son, Mason, was home with him and playing on his phone before bedtime when he got into the phone’s Grubhub app. After Mason was put to bed, delivery drivers began to show up at the house. “This was like something out of a ‘Saturday Night Live’ skit,” Stonehouse told MLive.com. “I wa 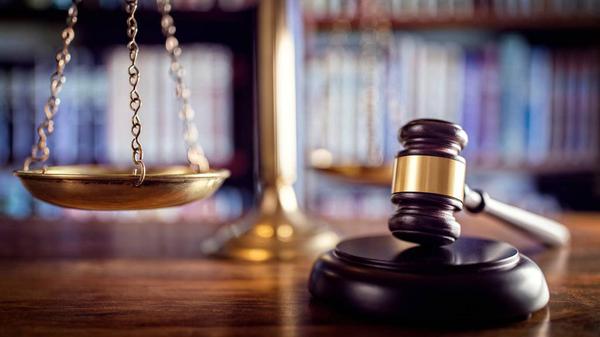 NEW HAVEN, Conn. — A Connecticut man was sentenced to spend 120 years in prison for murder, more than 30 years after the victims were killed. In a news release, New Haven State’s Attorney John Doyle Jr. said that a judge sentenced Willie McFarland, 55, to 120 years in prison for killing Fred Harris, 59, and his son, Greg Harris, 23, in August 1987. Fred and Greg Harris were found in the upstairs bedroom of their Hamden Home on Aug. 27, 1987. The victims were found bound with their throats slas 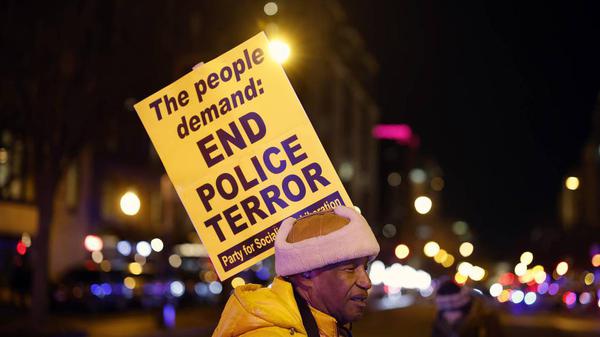 In the minutes after Memphis released four videos showing the arrest of Tyre Nichols, protesters took to the streets in cities across the United States to protest the violent actions seen in the video. Protesters in Memphis shut down Interstate 55, blocking traffic between Tennesee and Arkansas, WHBQ reported. The Memphis Police Department issued a traffic alert and warned drivers to stay away from the area. In New York City, three people were arrested during a protest in Times Square. A prote 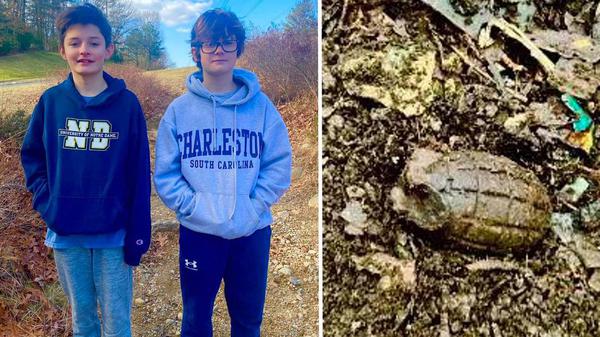 WRENTHAM, Mass. — A police chief in Massachusetts praised two boys who did the right thing after finding a grenade in the woods. Wrentham Police Chief Bill McGrath said in a Facebook post that the two 12-year-olds were out hiking when they saw a pile of trash. The boys began to look through the trash in the hope of finding treasure and were shocked to find a hand grenade. “This is where the ‘SMAHT’ comes in!” McGrath wrote. “Perhaps, I’m underestimating the average kids. More likely, I’m conce 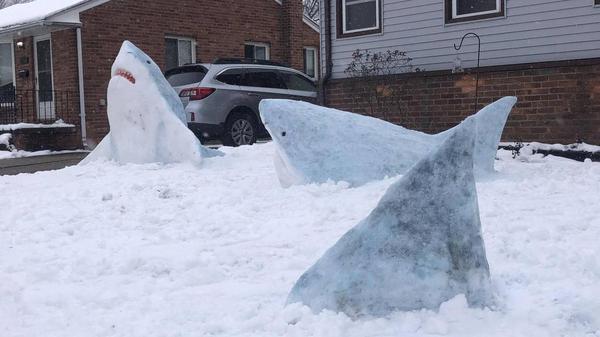 DETROIT — The sharks are circling in a Detroit front yard thanks to the hard work of an artist who sculpted the animals out of snow and ice. Jennifer Ramirez created the large sharks out of snow, ice and food coloring and shared photos of them on her Facebook page. Ramirez is a high school art teacher and said that since she created the sharks from the snow left by last week’s storm, she has seen people stop and take pictures all day long, MLive.com reported. “It’s crazy,” Ramirez said. “Ther 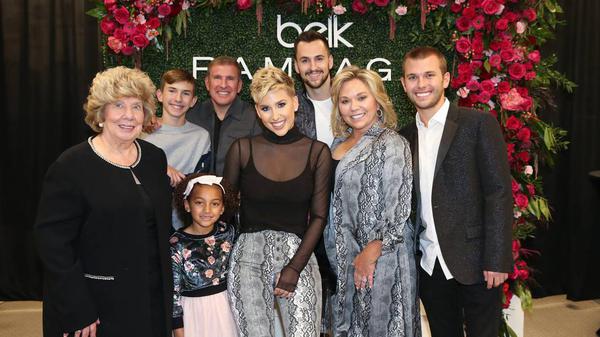 In a recent podcast, Todd and Julie Chrisley’s daughter, Savannah, shared an update on how her parents are doing in jail and how the family is surviving without them. In a new episode of her podcast, “Unlocked with Savannah Chrisley,” Savannah said, “Last week was, I think, the toughest week of my life.” The Chrisleys, well known for their reality TV series “Chrisley Knows Best” were convicted of conspiring to defraud banks and the IRS out of millions of dollars, WSB-TV reported. Todd Chrisley 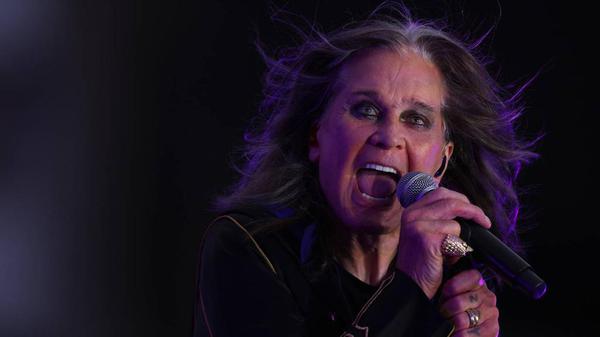 Rock legend Ozzy Osbourne announced the cancellation of his upcoming tour, blaming ongoing health concerns. In a statement posted to social media on Wednesday, Osbourne said that he was continuing to suffer from damage to his spine from an accident four years ago this month. “My one and only purpose during this time has been to get back on stage. My singing voice is fine. However, after three operations, stem cell treatments, endless physical therapy sessions, and most recently groundbreaking 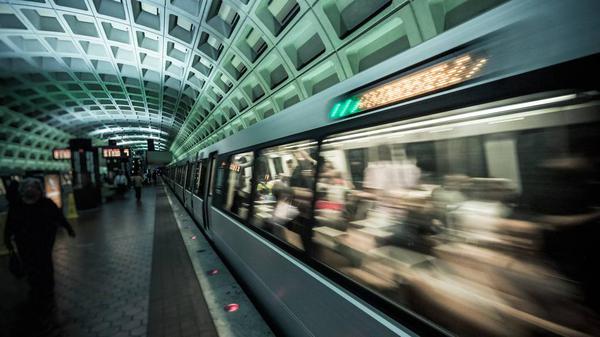 WASHINGTON — Police said a gunman shot three people, killing one of them, on Wednesday morning. Police said the suspected gunman got into an argument with someone on a Washington, D.C. Metrobus and followed them off the bus before shooting them in the legs, WRC-TV reported. Devin Jennings, a fellow passenger on the bus, told The Washington Post that he saw a man pull out a gun and put it to another passenger’s head. When the bus stopped, the victim ran off the bus with the suspect following th 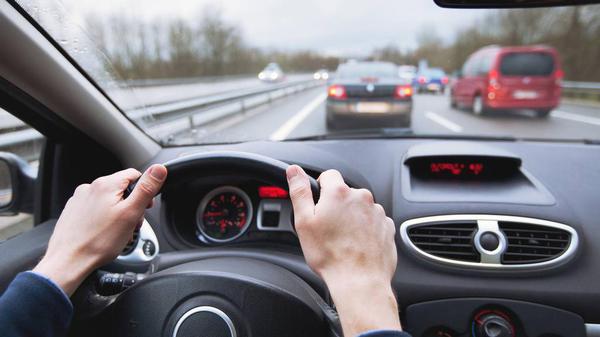 TALLAHASSEE, Fla. — A bill filed in the Florida Legislature that would ban drivers from cruising in the left lane of highways is drawing a mixed response from drivers. Cruising in the fast lane is pretty standard. Those who choose to drive at or under the speed limit in the left lane are often seen as a nuisance. “People are weaving in and out to go around you. Pass somebody. Move over,” Mark Fournier, a Connecticut resident driving through Florida, told WJAX. “It’s dangerous out there,” sai 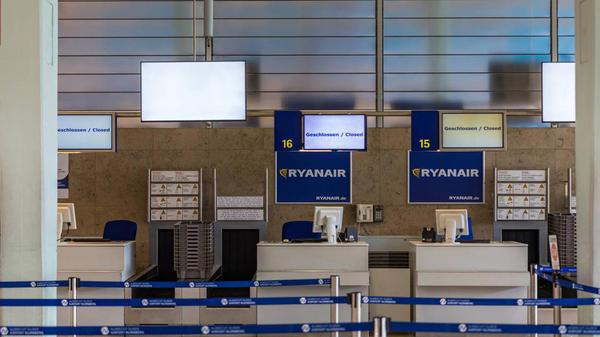 TEL AVIV, Israel — A couple is accused of leaving their infant at an Israeli airport and trying to board a plane after being told their baby would need a ticket to board the flight. The pair, identified only as having Belgian passports, did not buy a ticket for their baby boy for a planned Ryanair flight from Israel’s Ben Gurion Airport to Brussels, The Times of Israel reported. Instead of buying the infant a ticket, the child was left behind at the airline’s check-in counter, CNN reported. A 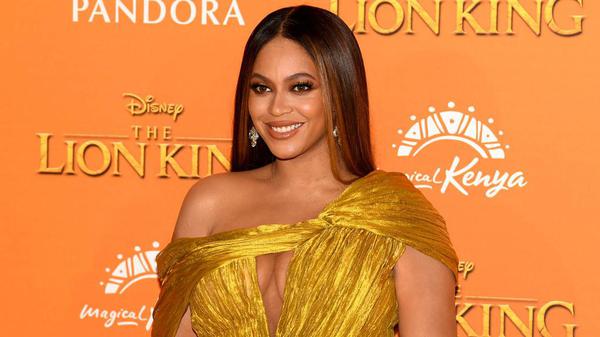 Big news for Beyoncé fans: the superstar formally announced she will be going on tour. In a post on Instagram, the singer shared a photo of herself on the back of a silver horse and said simply, “RENAISSANCE WORLD TOUR 2023.” The tour is scheduled to begin in Europe in May before coming to North America on July 8 at Toronto’s Rogers Centre, Rolling Stone reported. The tour will also make stops in Philadelphia, Nashville, Chicago, Boston, Atlanta, Miami, Houston, Las Vegas, Los Angeles, New Orl 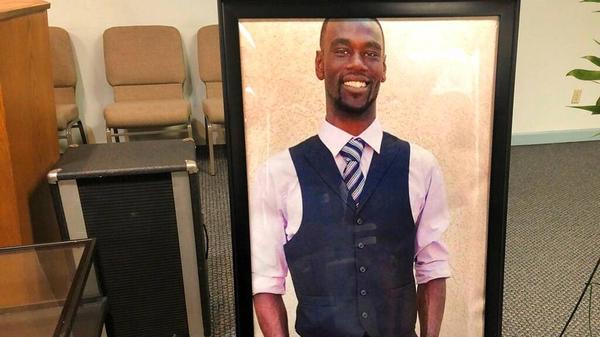 MEMPHIS, Tenn. — Memphis police released video footage of Tyre Nichols’ Jan. 7 arrest on Friday, which appears to show a brutal beating lasting several minutes. Nichols died several days after the attack, which started with a traffic stop. Patrick Yoes, president of the National Fraternal Order of Police, released a statement Friday saying he was appalled by the brutal assault that led to Nichols’ death. “The event as described to us does not constitute legitimate police work or a traffic stop 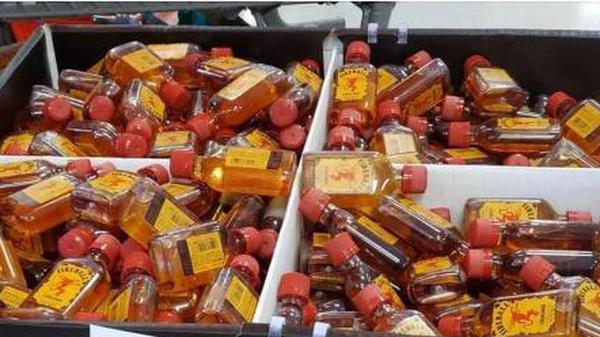 Lawsuit: Mini bottles of Fireball Cinnamon do not contain whiskey

CHICAGO — A lawsuit filed in federal court accuses the manufacturer of Fireball Cinnamon Whisky of misleading customers who buy the brand’s miniature bottles. The class-action lawsuit, filed on behalf of a citizen in Illinois, alleges that the small bottles made by Fireball and sold outside of liquor stores at gas stations and markets do not contain any whiskey. The small bottles are available for 99 cents at supermarkets and other convenience stores. The lawsuit cites customers who said that 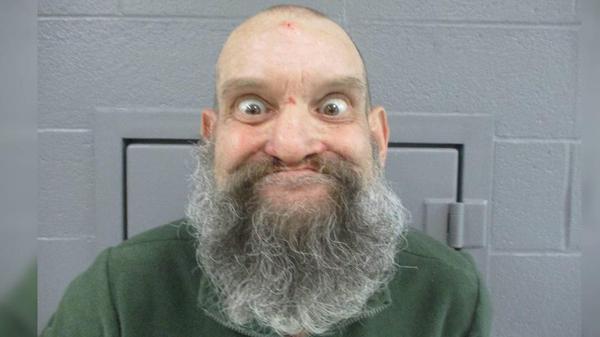 Man accused of kidnapping woman, burning her with torch

PHILLIPI, W.Va. — A West Virginia man is facing charges after allegedly attacking a woman and holding her against her will. Officers called to the scene of a domestic disturbance on Tuesday said that they spoke to a woman who was hiding under a porch at a neighbor’s house who said she had been attacked, WDTV reported. The victim told police that Sammy Martz had hit her in the face, causing her eye to swell shut. The victim said that she had escaped from the house through a window after Martz t 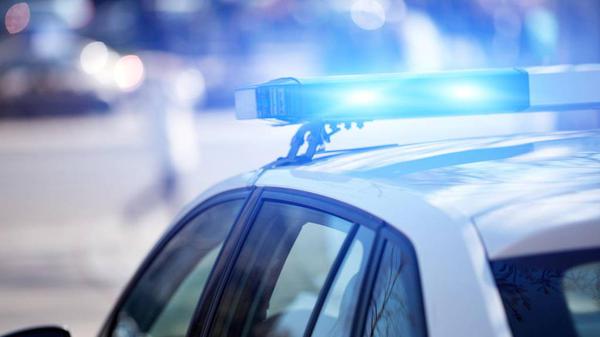 BUTLER TOWNWHIP, Ohio — What allegedly began with an argument over cheese escalated to a violent arrest that has led to an internal investigation at an Ohio police department. A video posted on Facebook and sent to WHIO was allegedly recorded by a bystander and appears to show a Butler Township police officer punching a woman several times during an arrest outside of a McDonald’s. Butler Township Police Chief John Porter confirmed to WHIO that he had seen the video and identified the officers

5 inmates at large after escaping jail through plumbing

FARMINGTON, Mo. — Federal agents have joined in the search for five inmates who escaped from a Missouri jail on Tuesday night. The U.S. Marshals Service said it had joined the search for the five men and is offering a reward of up to $5,000 for information leading to the capture of each inmate. The St. Francois County Sheriff’s Department said in a news release that five inmates escaped from the St. Francois County Detention Center on Jan. 17 at approximately 7 p.m. after accessing a secured c 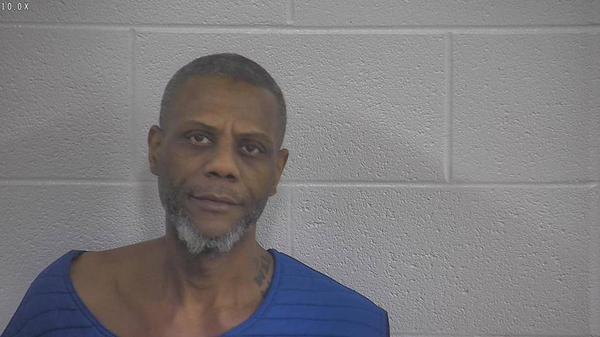 LONDON, Ky. — A West Virginia woman’s body was found in a car with a Florida man after he was arrested by state police following a chase in Kentucky. Kentucky State Police said a trooper tried to stop a car driving carelessly on Interstate 75 south just before 10:15 a.m. on Wednesday. In a news release, KSP said the suspect’s vehicle stopped when troopers activated lights and sirens, but when the troopers approached the car, the driver sped away. KSP said the vehicle led police on a chase at a 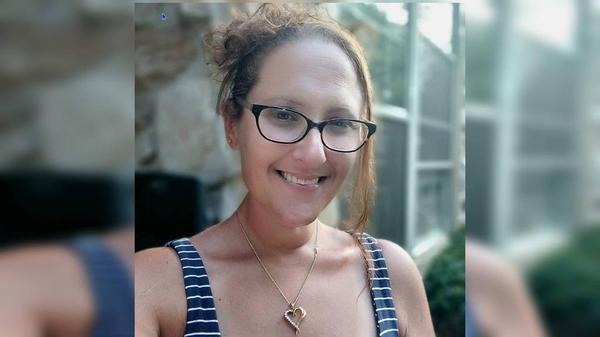 ROYERSFORD, Pa. — A mother reported missing more than two weeks ago was found dead and partially buried in a shallow grave. Montgomery County District Attorney Kevin Steele told KYW-TV that Jennifer Brown’s body was found on Wednesday afternoon. Brown’s body was found partially buried in a shallow grave behind a warehouse in Royersford, WCAU reported. “I can’t tell you how many people have worked through this and have helped in this case to try to locate her,” Steele told WCAU. “We hoped and
Load More
Close ✕